We are located just outside Sudbury Ontario, Canada, about 5 hours north of Toronto and 6 hours west of Ottawa, Ontario.  We paddle the best parts of the Great Lakes Heritage Coast, including Pukaskwa National Park, Lake Superior Provincial Park and most of Lake Huron’s North Channel. Our base is located on Sleepy Hollow Road, just west of Sudbury, with ideal access to the North Channel, the Bay of Islands and the west end of Killarney Provincial Park. 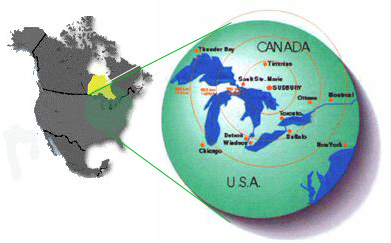 We paddle much of the ‘Great Lakes Heritage Coastline’ and we’ve been doing it as long or longer than anyone else in the business. Take a look at our Maps and Routes page for more details on our paddling routes. 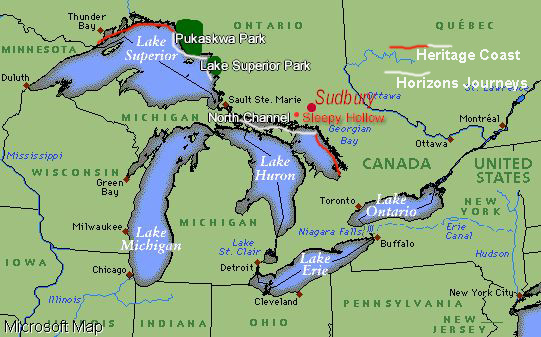 “The Great Lakes Heritage Coast includes all of the Ontario coastline of Lake Superior, the north shore of the St. Mary’s River, and the coast of Lake Huron to the eastern coast of Georgian Bay. The coastline sweeps along 2,900 kilometers of spectacular landscapes and shoreline. Major communities along the coast include Thunder Bay, Red Rock, Nipigon, Marathon, Wawa, Sault Ste. Marie, Killarney, Parry Sound and Port Severn.

The heritage coast has historic significance for Ontario. Ojibwa, Cree and Huron communities were established in the area by the 1600s. Etienne Brule, in 1610, was the first European to visit the coast. The heritage coast was a major route for opening up the central part of Canada.”

What our customers are saying...

Rick was a great personality to have along with us. All my goals for the trip were achieved.

Where we are Now